Join us in the Open Source Revolution 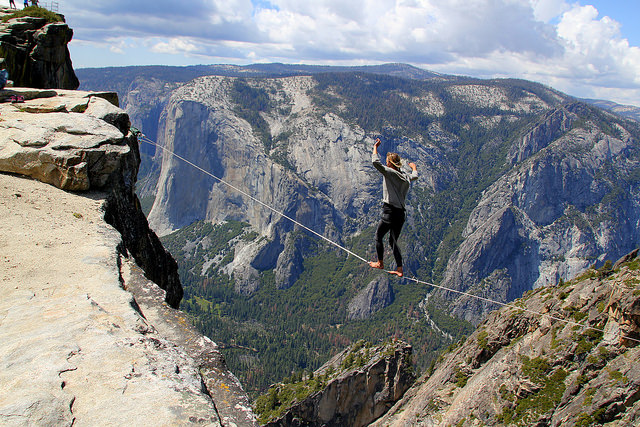 Do you remember the famous Times Square scene from Vanilla Sky?
Tom Cruise parks his black 1962 Ferrari GTO in the middle of Times Square. The place is quiet. No noise, no people, and no cars. Just the black Ferrari.
In Times Square!
He gets out of the car and starts walking. Soon he is jogging, going faster and faster, until he’s sprinting flat out. And then he stops.
That’s how I've experienced the digital revolution over the last 20 years. First it was a few websites that I visited regularly. Then I created logins to participate in the forums. Forums turned into online communities. Websites turned into mobile apps carried in my pocket. All the while, innovation picked up pace until today:
You get the picture.
Companies like Facebook, Google, Twitter, LinkedIn, NetFlix and Adobe have become synonymous with the new digital reality of our lives. Yes, these are large companies with thousands of super-smart engineers, but how are they able to build things so quickly? The answer lies in something else that these companies have in common: They are some of the largest contributors to open source software worldwide.
Have you heard of Apache? Sure you have, it runs almost every website you visit on a daily basis. Also, it's fully open source and you can download it for free right now.
Have you heard of Hadoop? Sure you have, it runs almost every big data lake in the world. Also, it's fully open source and you can download it for free right now.
Have you heard of Linux? Sure you have, almost every server in your data centre runs Linux. Even Microsoft has now built Linux into their platform. Also, it's fully open source and you can download it for free right now.
Have you heard of KVM? Perhaps not, but Amazon uses it to run the virtualisation of their AWS cloud. Also, it’s fully open source and you can download it for free right now.
And so it goes on…
Companies around the world have been realising (some faster than others) that the value of software does not lie in the source code, the value lies in how you use it, and in the new world of "Software Platforms" the value of your software often is directly tied to how many people use it.
And if you want your software to be used by many people, then a good starting point is to give it away for free.
Free?
You’re kidding me?
How are we supposed to make money if we give our software away for free?
Getting into the details of the Open source business model requires a bit more time than I have available in this short article, but allow me to provide some examples of companies that give away a substantial portion of their IP as open source software:
So clearly, there are sufficient counter examples to show that this is perfectly possible. But in addition to simply being possible; in today's competitive IT environment it is essential to work in Open Source, just for your own survival.
A simple example is LinkedIn. In 2010 the company needed a highly scalable messaging system that was both faster and more robust than what the providers like IBM MQ and TIBCO could offer. So they decided to build it themselves. This product gave them a substantial advantage over their competitors in the social media space. However, instead of treating this product as a trade secret, they donated the code to the Apache Software Foundation. The product is called Kafka.
Today, Apache Kafka is used by 7 of the 10 largest banks in the world and 8 of the 10 largest insurers in the world. It has become an enormous success and plays a mission critical role in the routing and ingestion of big data loads worldwide.
A simplistic view of this situation could be that LinkedIn should instead have packaged Kafka into a product and sold it to all those companies. That's what Oracle would've done.
But such a view doesn't consider the whole picture. You see, although LinkedIn started the project, and continues to play a leading role today, there are now 312 active contributors to the Apache Kafka project. About 10 of them work for LinkedIn. So by using open source, LinkedIn was able to use a team of 10 developers to build a product that actually requires hundreds of developers to build.
In other words, by giving a little, they got a WHOLE LOT. More than 300 passionate developers, to be precise. LinkedIn got them for free, and they're building a system that makes LinkedIn a better company every day.
This example shows how the open source community is the perfect place for achieving something that is substantially larger than the sum of its parts.
It's like compound interest for software.
Of course, LinkedIn is not in the business of selling software, so perhaps that's why it worked for them?
Not true.
Many examples exist of highly successful software companies who use open source as a key strategy. For example, Adobe (Market Cap = 99 Billion USD), Microsoft and RedHat (Market Cap = 24 Billion USD). The key lies in not giving ABSOLUTELY EVERYTHING away for free.
These companies strategically invest in open source by giving away a lot of their software for free, but not everything. By giving some of their work away for free they can benefit from the Open Source revolution while also selling proprietary components that add value to the Open Source offering.
So it is possible to make money from Open source, and the most successful IT companies in the world are doing it right now.
We have joined this revolution of Open Source with teams who work on Apps, on Big Data platforms and Cloud Infrastructure. We’re leading the way, and sharing our experiences as we travel. Join us.
- June 20, 2018