Weeding your garden :: Ignore the small things at your peril

I'm not sure whether it is caused by the pervasive reality of TED talks, or whether the MBA-culture has finally screwed up the world permanently, but I frequently find myself in boardrooms where people insist that we should stop worrying about the small things - and rather focus our attention on the big, strategic decisions. "Blue sky thinking" is a phrase that has come up a lot.

My leadership role in technology teams (both on projects and in organization structures) shares many similarities with my role at home as a VERY ENTHUSIASTIC amateur vegetable gardener. For starters veggie-gardening is a long game, just like running a sustainable business. It requires careful planning, diligent execution and frequently addressing unexpected curve-balls..

Currently the "big-blue-sky" vision for my garden is to reach the point where all the vegetable needs of our household can be supplied from the garden. This vision will have many benefits to us, but I'm most interested in the benefits of keeping my diet pesticide-free and saving some cash.


I'm calling this my vision, because it is a state that I have not yet reached, and I may likely never reach it. But having that vision defined guides me when making big plans for my garden. For example, during the spring of last year it guided me to a decision to build 5 new beds as a dedicated planting area for squash and pumpkins. My own little pumpkin patch.

Squash plants take up a lot of space, so we freed up a lot of it. We laid out the beds using concrete StumbleBlocs, filled them with a mixture of compost and potting soil, and even played around with different options for covering them up (to protect them from the chickens) 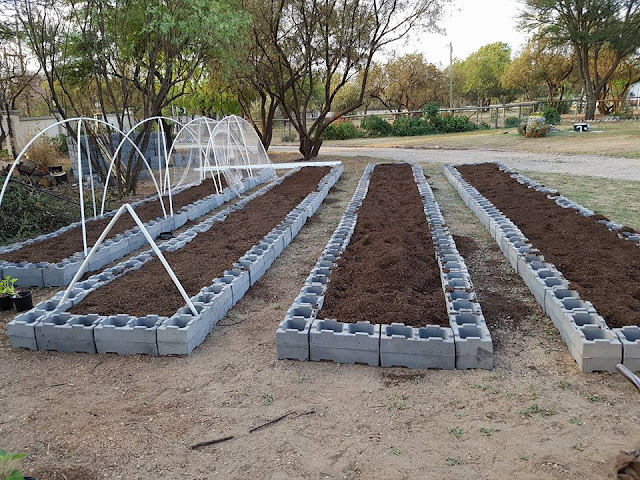 I laid down some drip-irrigation and popped a bunch of plants in the ground. Bob's your uncle.

Of course, Bob was a tired uncle because getting those beds ready and planted was a huge effort. And it cost a lot of money as well.

A few weeks go by and I proudly share the progress of my pumpkin patch on social media: 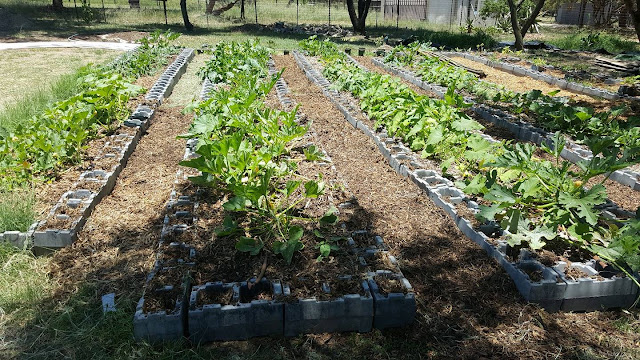 Aaah, this bliss of ignorance.

You see, even though I strategically laid mulch inside and between the beds to keep weeds under control, they still started popping up here and there. And squash plants grow very quickly once they get started - So even walking between the beds became difficult by mid summer.

And since these beds are not my primary vegetable garden, I really struggled to pay as much attention to them as was needed. In my primary garden I spend a few minutes every day just walking through the garden; having a look around, pulling a couple of weeds, tying up a cucumber, etc. You know, the run-of-the-mill stuff. This daily chore didn't really get carried over to the Pumpkin patch.

Then the pests arrived. They started eating my Zuchini and then the Patti Pans. But because the beds were quite crowded I barely noticed initially. And since I wasn't there often enough, by the time I realised what was going on it was far too late. Eventually everything succumbed.

In the end I harvested 1 Watermelon and 2 Butternuts from the entire endeavor :(

Luckily I still had my primary garden to keep my hopes up: 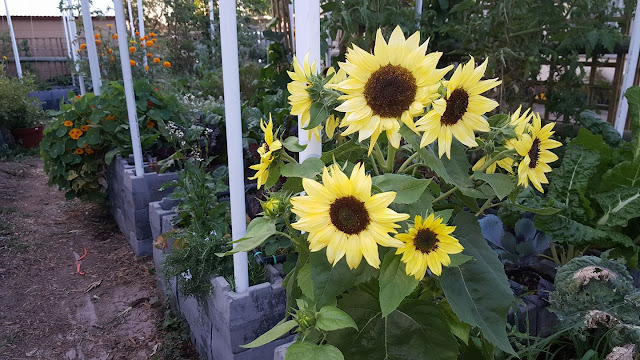 So what is the lesson here?

Well, there are a few, but I believe one stands out: Big, bold strategic thinking is essential. It gives you something to aim at, and the vision motivates you to push through the hard work needed to get results you may never have thought possible.

But it isn't enough.

My strategic plan was accurately compiled. It was diligently executed and it was perfectly aligned with my overall vision.

But because it over-extended my capacity, I started to drop the ball on the day to day necessities of running a veggie-garden. The mundane things. Like walking through the garden, pulling weeds, assessing the state of the plants, etc.

In business, and certainly in Software development, there are LOTS of mundane, run of mill tasks that need to get done. And yes, it is very often possible to employ other people to take care of those things. However, I'm of the opinion that the leadership (whether business leadership in a company, or technical leadership on a software project) should NEVER forget to focus on the small things too.

Unfortunately, it isn't just a matter of spending more time focusing on the small things, because if you spend all of your time pulling weeds, you'll never have sufficient time to do anything else - and then you won't be able to execute on the vision. If I followed that approach, my main veggie garden would still have looked like it did at the beginning:

IMHO the real answer lies in fully understanding all of the details. Assess them and then categorise them into two broad categories:
If you're a leader (Whether by title or by personality), the approach to weeding-type responsibilities is to understand them well enough, to spend enough time on them so that you can standardise, document and communicate how to handle them. To really understand them, you need to pull out the weeds yourself - Don't sit in the office and think about what it might possibly be like to pull out weeds. Take off your shoes and go walk in the dirt!

That experience in the sun, working with your team will be invaluable for fully understanding the problem at hand, not to mention a huge opportunity to build rapport with the team. And once you understand the problem fully, then you can standardise the solution, and document it, and communicate it, and establish processes for monitoring that your standards are followed.

It might be due to the pesticides that still flow through my veins - I really need to expand this garden!